Tripura is one of the Northeastern seven sister states in India. In fact, it is the 3rd smallest state of India and covers an area of 10,486 square km.
The state is surrounded by Bangladesh on its north, west and south. On its eastern side, it is surrounded by the state of Mizoram and Assam. Agartala is the capital of this state. As per the 2011 census, the population of the state is 36,73,032. It constitutes around 0.3% of the total population of the country. The indigenous communities that are known as ST (Scheduled Tribes) in India form 30% of the population in Tripura. The state has 19 tribes, and it is an eco-friendly and pollution-free state.
The languages that are mainly spoken in this state are Kokborok and Bengali. This state was ruled by the Tripuri dynasty for many centuries. It was considered as a princely state at the time of the British rule. In the year 1949, it became a part of independent India. The ethnic strife and conflict between the Bengali population and indigenous people have led to scattered violence and tension since the integration of the state in this country. On the other hand, the institution of an independent tribal administrative organisation and various strategies has calmed the situation. National Highway 44 is the only main highway that connects this state with the rest of India. 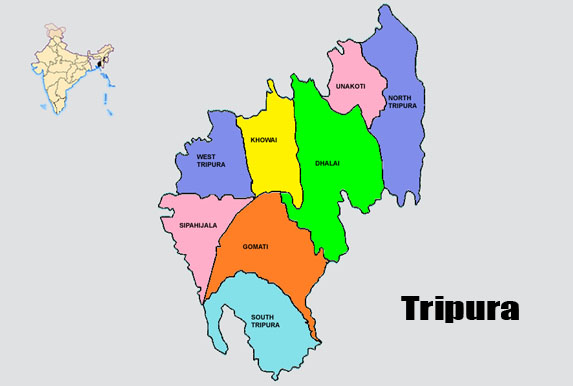 Matthew 28:19, 20 “Go ye therefore, and teach all nations, baptizing them in the name of the Father, and of the Son, and of the Holy Ghost: Teaching them to observe all things whatsoever I have commanded you: and, lo, I am with you always, even unto the end of the world. Amen.”

Tripura, a former princely state in North East India became a part of Indian Union in 1949. This ancient land is bounded on the north, west and south by the international boundary of Bangladesh and in the east by Indian states of Assam and Mizoram. In terms of demographics, more than 19 Indo-Mongolian tribes and Bengalis from former East Pakistan call this state as their home. 60 percent of the total area is hills and forests. The Left Front lead by the Communist Party of India presently rules Tripura. Almost 90 percent of the population has never heard the Gospel. The very few believers in Tripura are facing many threats and isolation from Hindu fundamentalists and militant groups.

By obeying Gods calling Dr. George Mathew stepped forward in faith following his vision to reach the people of Tripura in 2004. Even though there were many obstacles and discouragements, God used him to pioneer one of the first Pentecostal ministries in Tripura.

Dr. George Mathew is a member of Mullamkattil family, one of the pioneer Pentecostal family in Ranny, Kerala. After receiving his Master of Science and Master of Philosophy in Chemistry, Dr. Mathew did his research studies in Polymer Chemistry and Technology; published many research papers in international scientific journals like Rubber Chemistry and Technology, Journal of Applied Polymer Science and presented many research papers in international scientific conferences. He earned his PhD from Cochin University of Science and Technology, Kerala, India in 1990 and did Post-Doctoral research in University of Pennsylvania, U.S.A. Dr. Mathew did his theological studies in India and USA and completed the M.Div. Program.
For more than four decades, Dr. Mathew has been giving leadership to Christian ministries in various capacities. He served the Pentecostal Young Peoples Association (PYPA), the largest Pentecostal youth movement in India, as its General Secretary and General Vice President. He is one of the founding members of Inter Collegiate Prayer Fellowship (ICPF).

While Dr. Mathew has been leading the spiritual ministry, God called him and separated him for a wider ministry in the church. He has played a pioneering role in establishing IPC churches in Changanacherry town, Kerala. Philadelphia, U.S.A and now in the north-eastern Indian state of Tripura

Along with a team of evangelists, Dr. Mathew has visited many villages and towns and shared the Gospel with local people and established churches. Through the ministry of IPC Tripura, God has been raising many local leaders and we continue to see a mighty move of the Holy Spirit in this beautiful land. Tripura is ripe for harvest. Many people from remote towns and villages are accepting Jesus as their personal savior and joining our worship services. Our aim is to win every village of Tripura for Christ. We request your prayer and partnership for reaching Tripura for Christ. 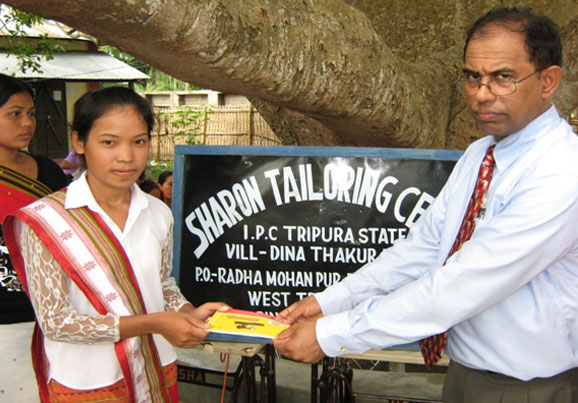 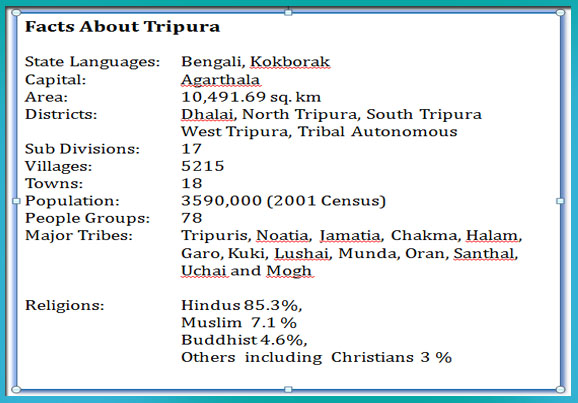